This site has limited support for your browser. We recommend switching to Edge, Chrome, Safari, or Firefox.

Meet the High Above Ambassadors 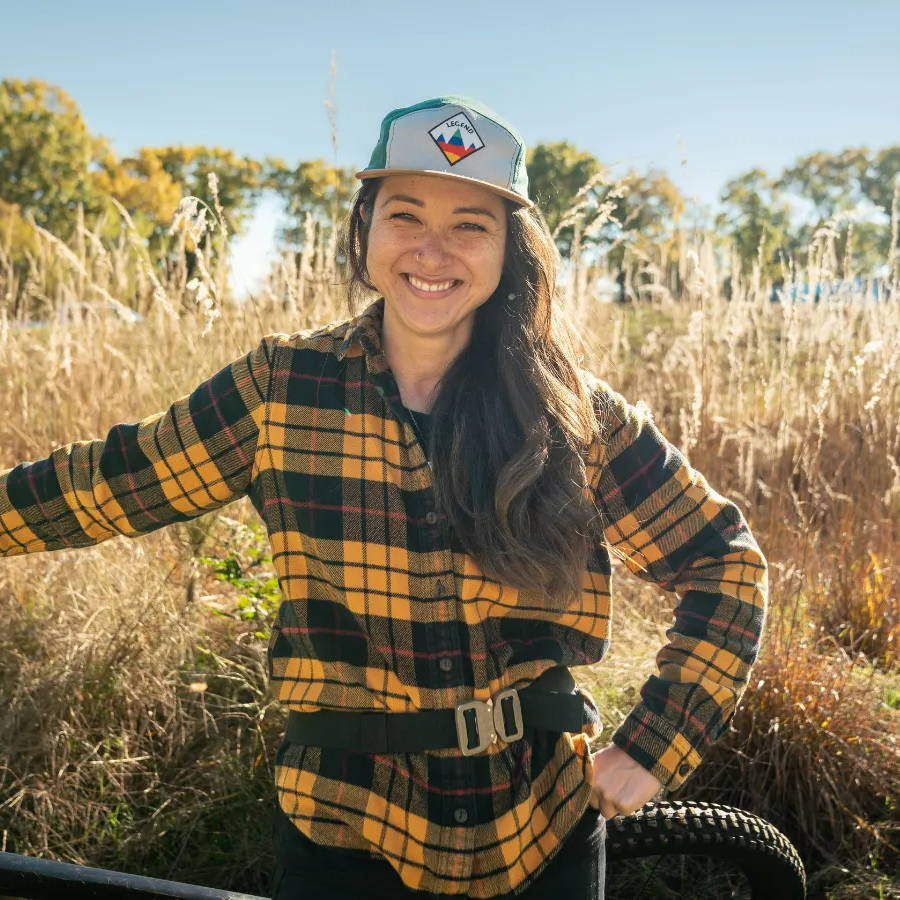 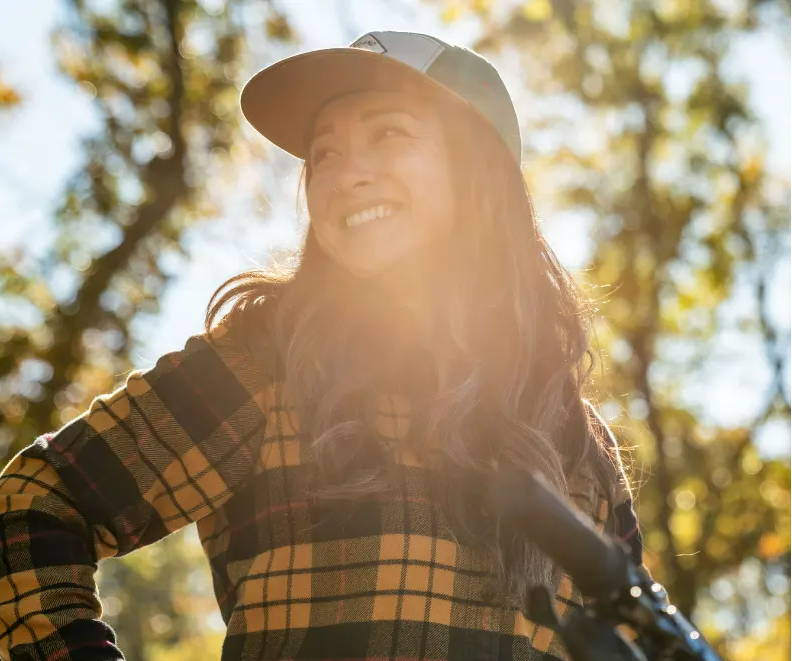 I’ve been playing on bikes since I was a kid. In 2012, I found myself on a borrowed hard tail two sizes too large and going OTB in a matter of minutes. It wasn’t love at first sight but something about the sport kept me coming back.
The constant challenge. The amazing places the bike can bring me. The many people it brings into my life. Mountain biking has become so engrained in my life and I’m incredibly grateful for the opportunity to share this sport with others.
Follow along with Jess on Instagram @Jessthemaker
Photos by @trippoolmedia 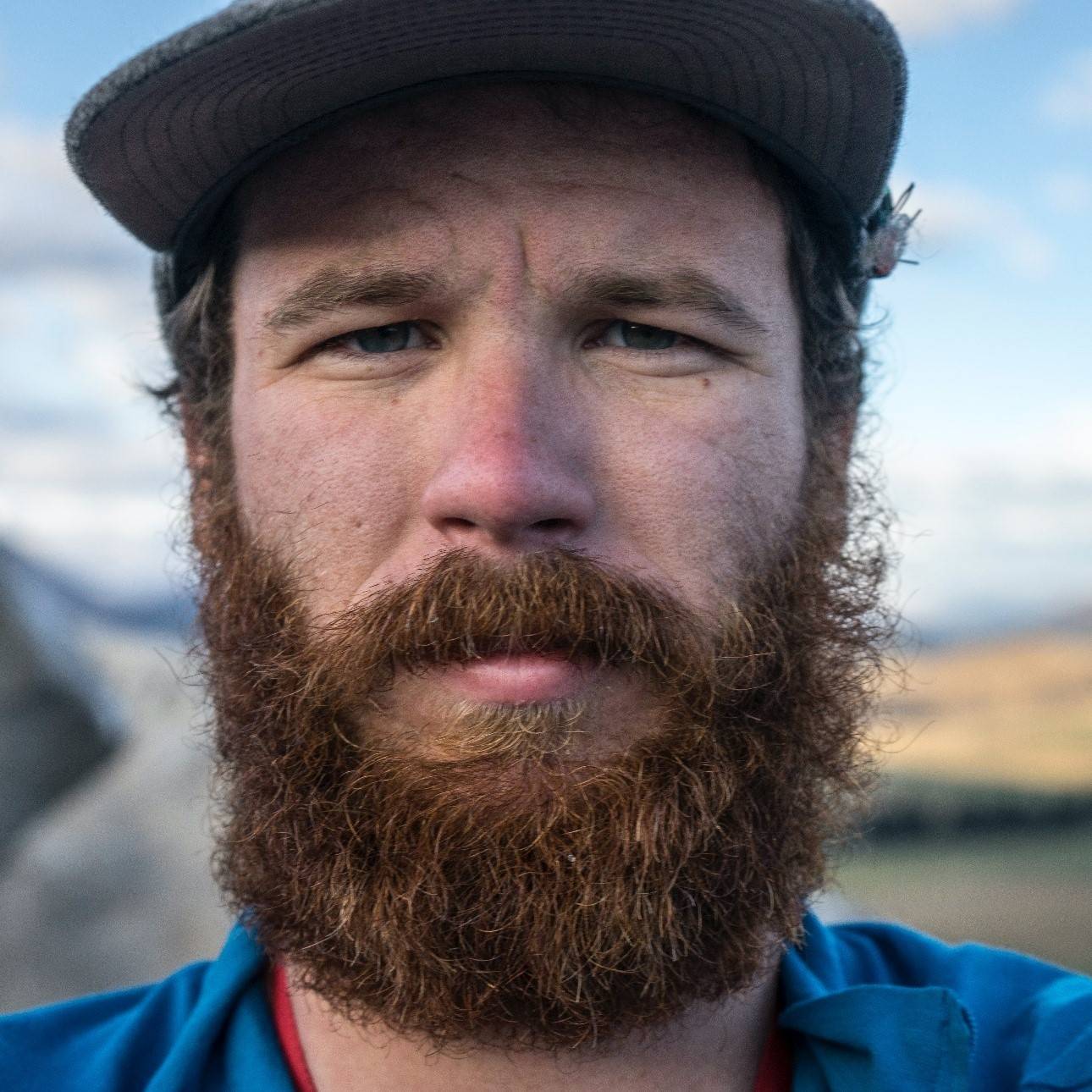 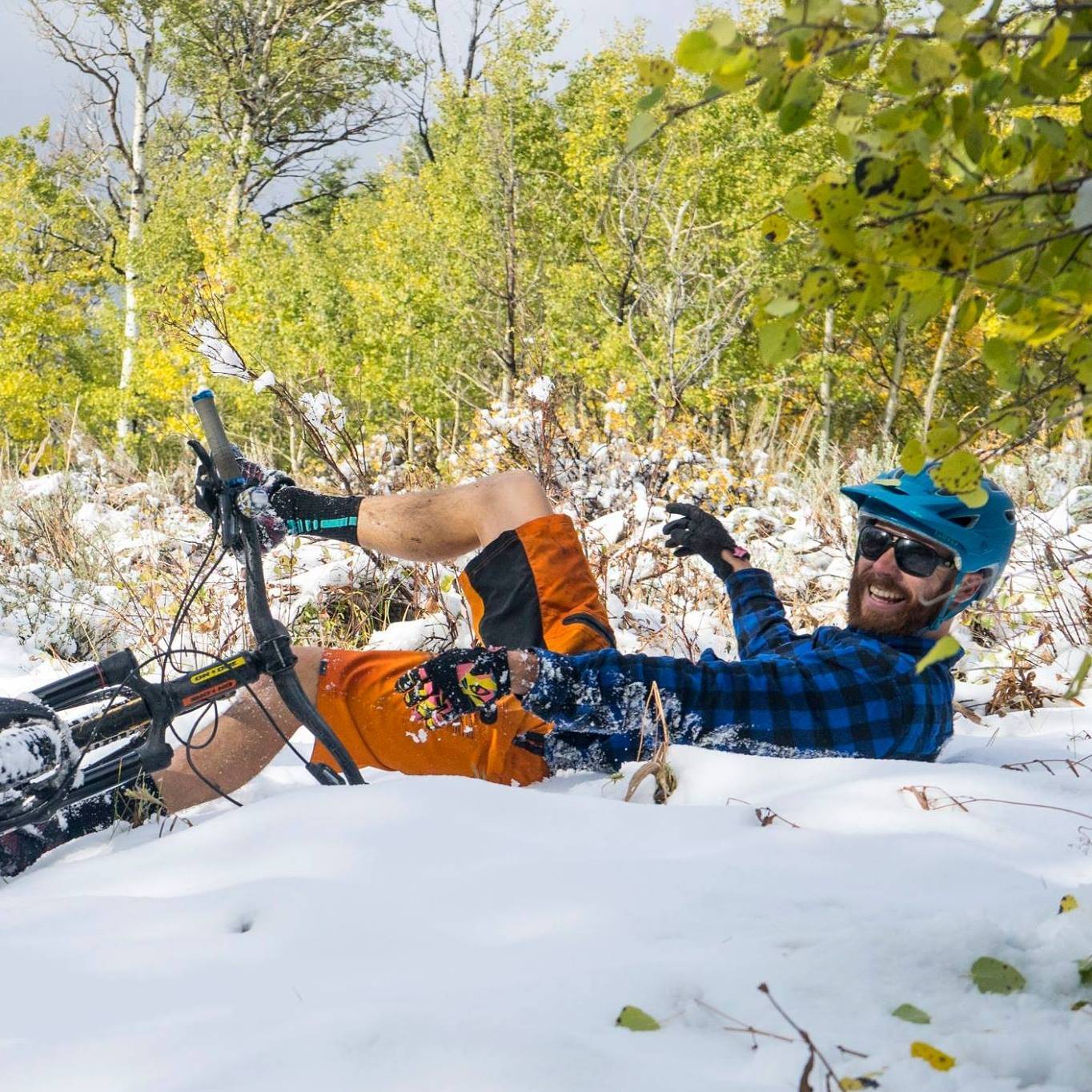 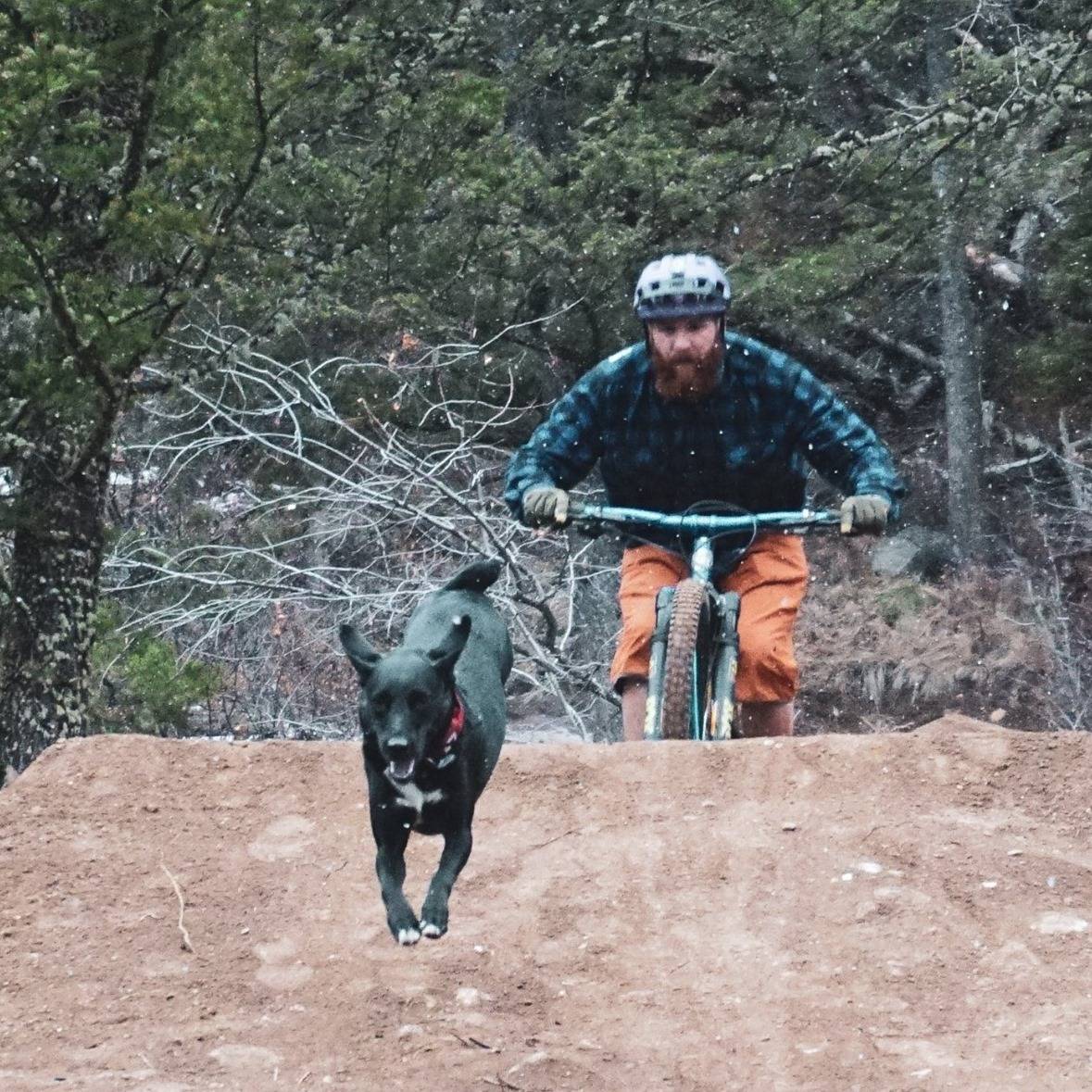 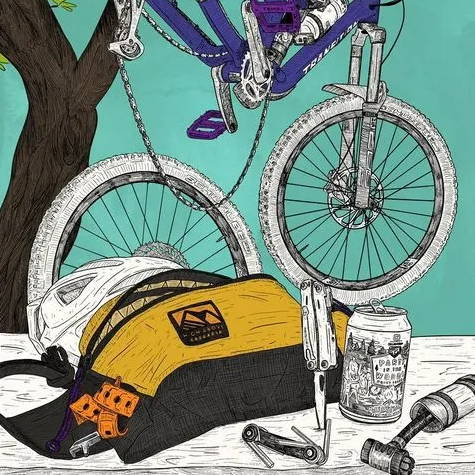 Cy Whitling came to mountain biking via a sketchy jump behind the grocery store, and hasn't strayed far from those roots. He enjoys putting the local middle school kids to work digging out the dirt jumps every spring, while sane people are still skiing powder. He lives in Driggs, Idaho with his dog, Jolene, who doesn't understand the point of sessioning things, and his partner, who encourages him to ride uphill faster. He's a big fan of coaching new riders, and nothing beats helping someone do something new for the first time. Although once he won the Sport catagory of an XC race against a bunch of eight graders, and that podium felt pretty dang great too. He enjoys anything with two wheels, from enduro racing to bikepacking, but he's still happiest when he can get his tires off the ground. Cy is much better at drawing bikes than he is at riding them, but that doesn't stop him from trying. 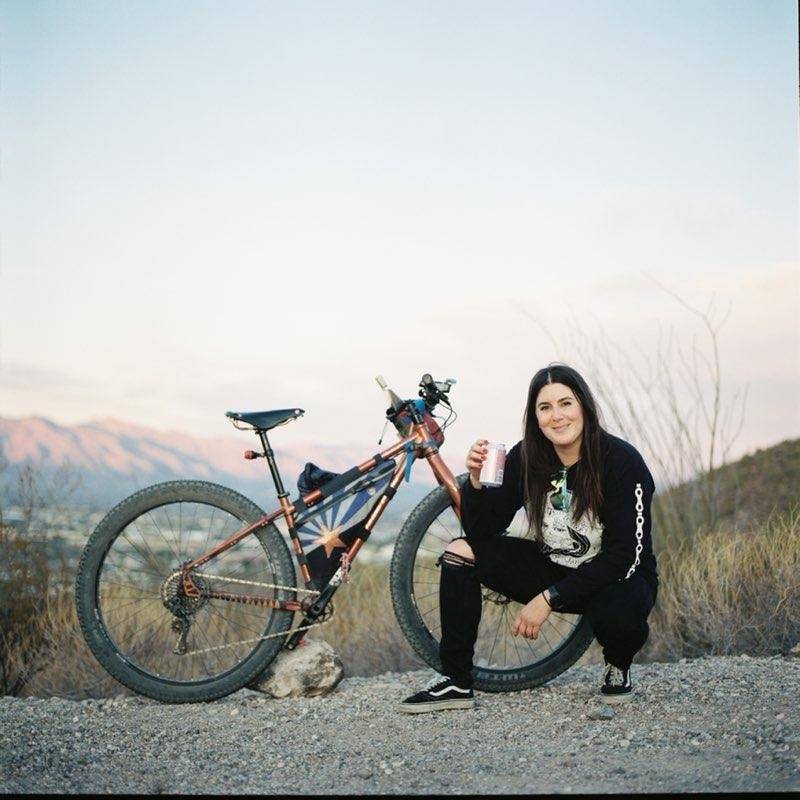 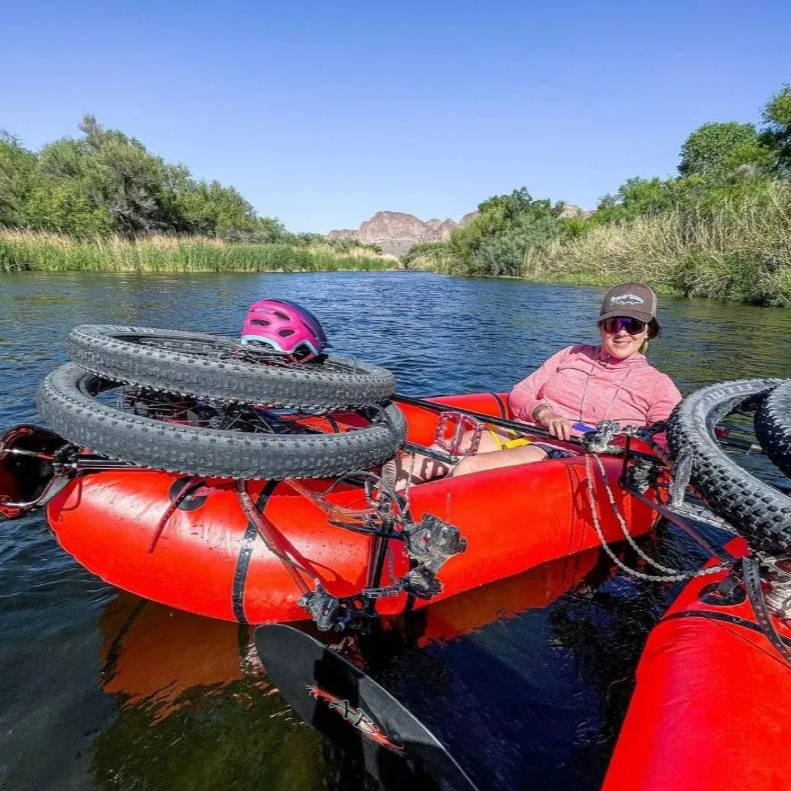 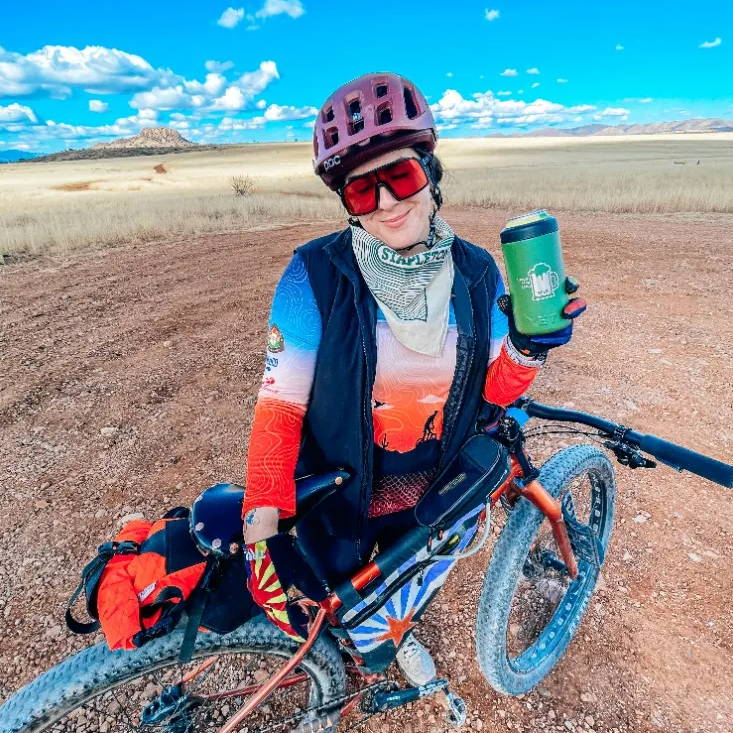 Hey there, my name is Sarita Mendez and I am from and currently live in Tucson, Arizona. I am on the pursuit of a life outdoors and hope that the future of mountain biking, and any outdoor sport, means more people of different backgrounds outside.
I first got into the sport ten years ago while working at REI. Fast forward a few years where I met Veronique, an incredible cyclist, friend, and the Bell Joy Ride ambassador. That eventually evolved into something so magical: Tucson Women Shredders, a local group where we organize monthly rides and work to inspire women and girls to feel empowered through mountain biking.
I have recently caught the gravel bug and have been totally obsessed with exploring gravel roads in Southern Arizona. When I'm not on my bike, I can be found plotting my next adventure with my partner, working in craft beer, lifting weights, and hanging with my dog, Stella. If you ever find yourself in the desert, let's be friends!
Keep up with Sarita on Instagram @saritamedez 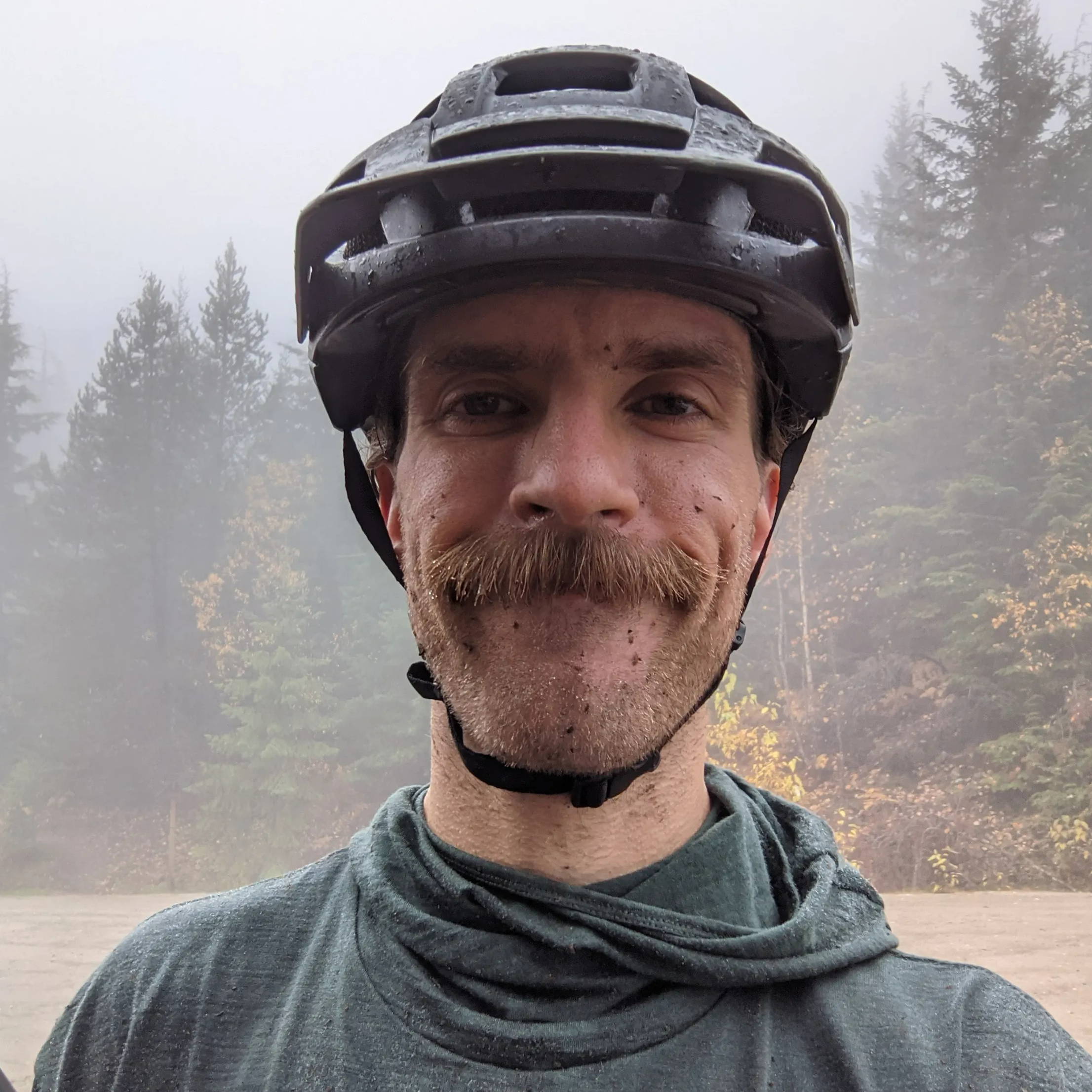 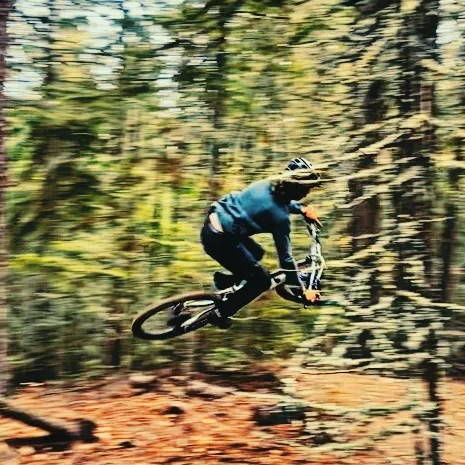 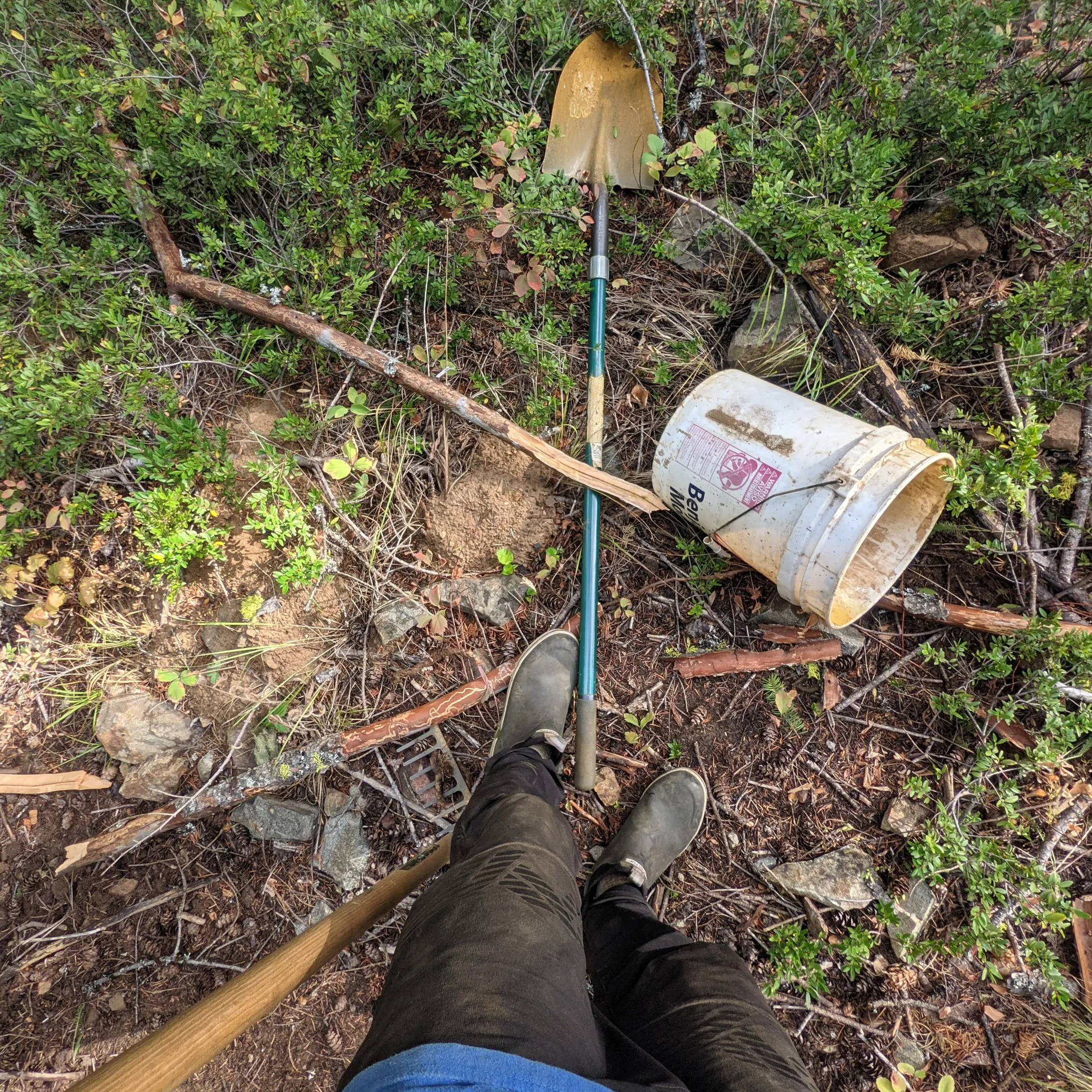 Zavier Vaillancourt is a Vancouver, BC native who grew up enchanted by the loamy, raw, and steep mountains of Vancouver’s North Shore – situated on the traditional unceded territories of the Musqueam, Squamish, and Tsleil-Waututh Nations. From a young age, Zavier fell in love with riding BMX bikes at his local skate park and was later introduced by a close friend and his brother to “The Shore” on the primitive and adrenaline-inducing full-suspension bikes of the early 2000s. In his late teens the adventures became less about riding bikes downhill fast and more about skiing and the pursuit of deep snow. After gathering a bachelor’s degree, co-founding the former boutique ski manufacturing company Epilog, and a 10-year hiatus from mountain biking, he’s once again found himself in love on two wheels as a Kona grassroots and shop rider for Wild Ways in BC’s West Kootenays where he lives today with his fiancé and his faithful hound. Zavier can be found throwing shapes and building new trails whenever he’s not skiing, toiling through nursing school, or planting trees between semesters to pay the bills. If you find yourself in his neck of the woods, don’t hesitate to reach out and say hi! 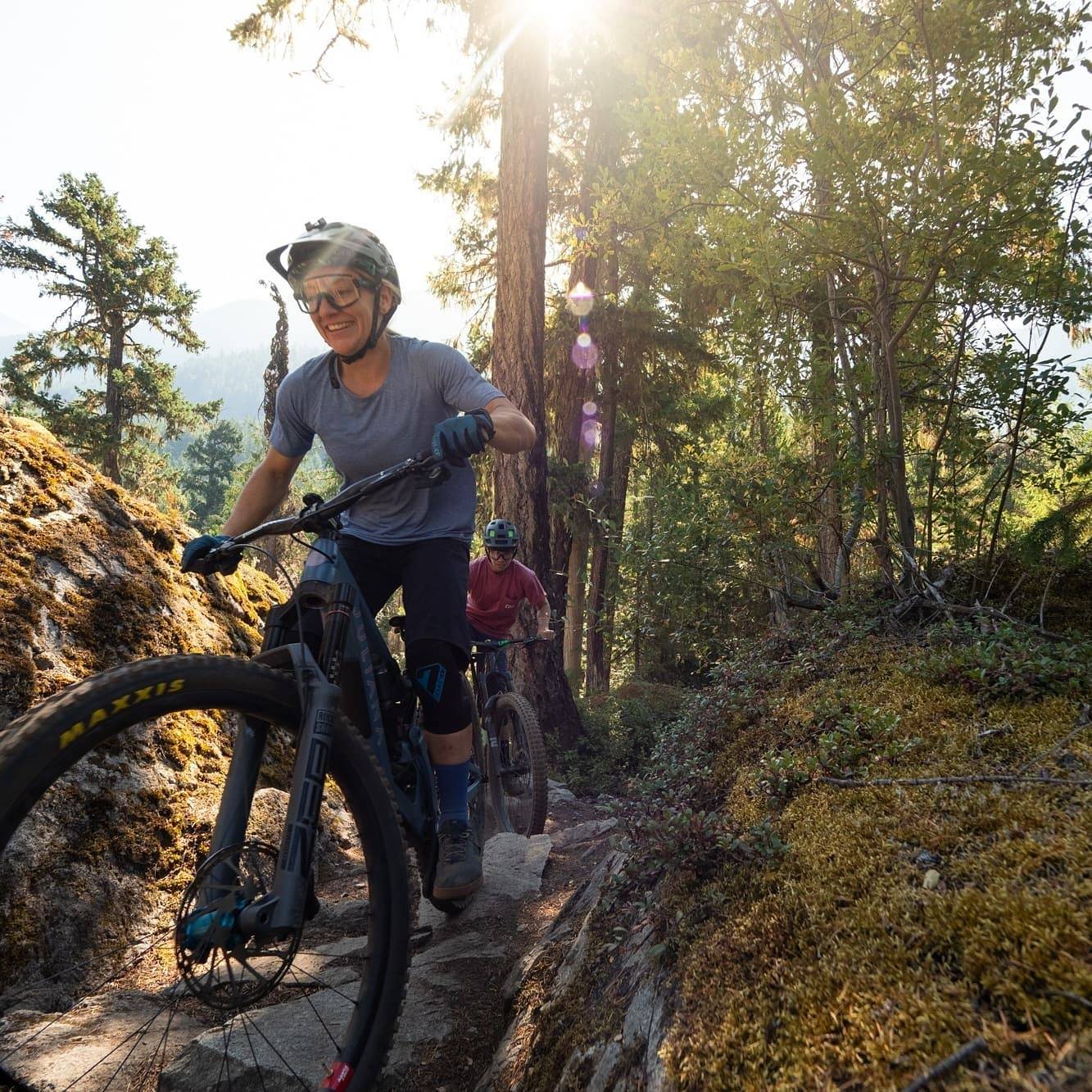 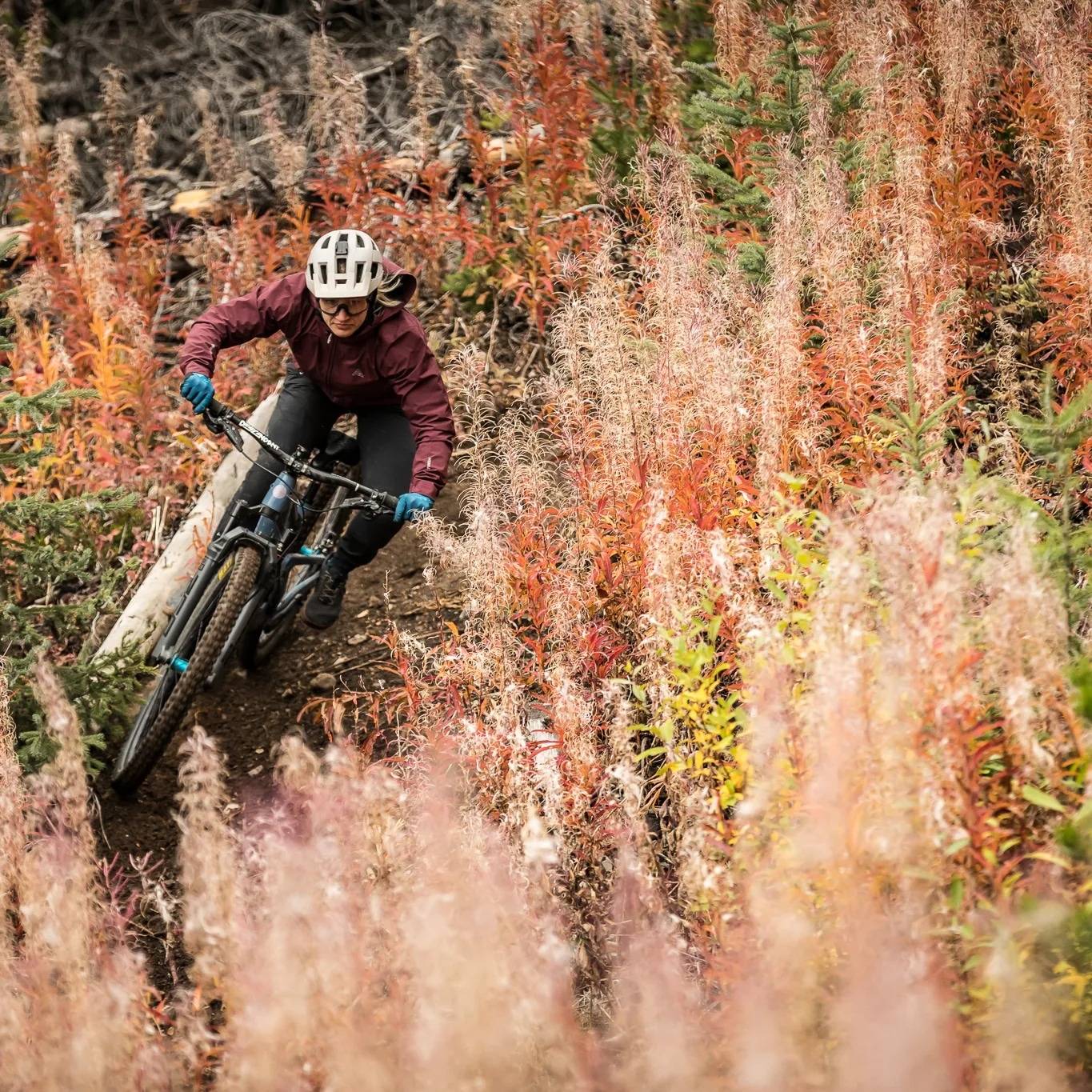 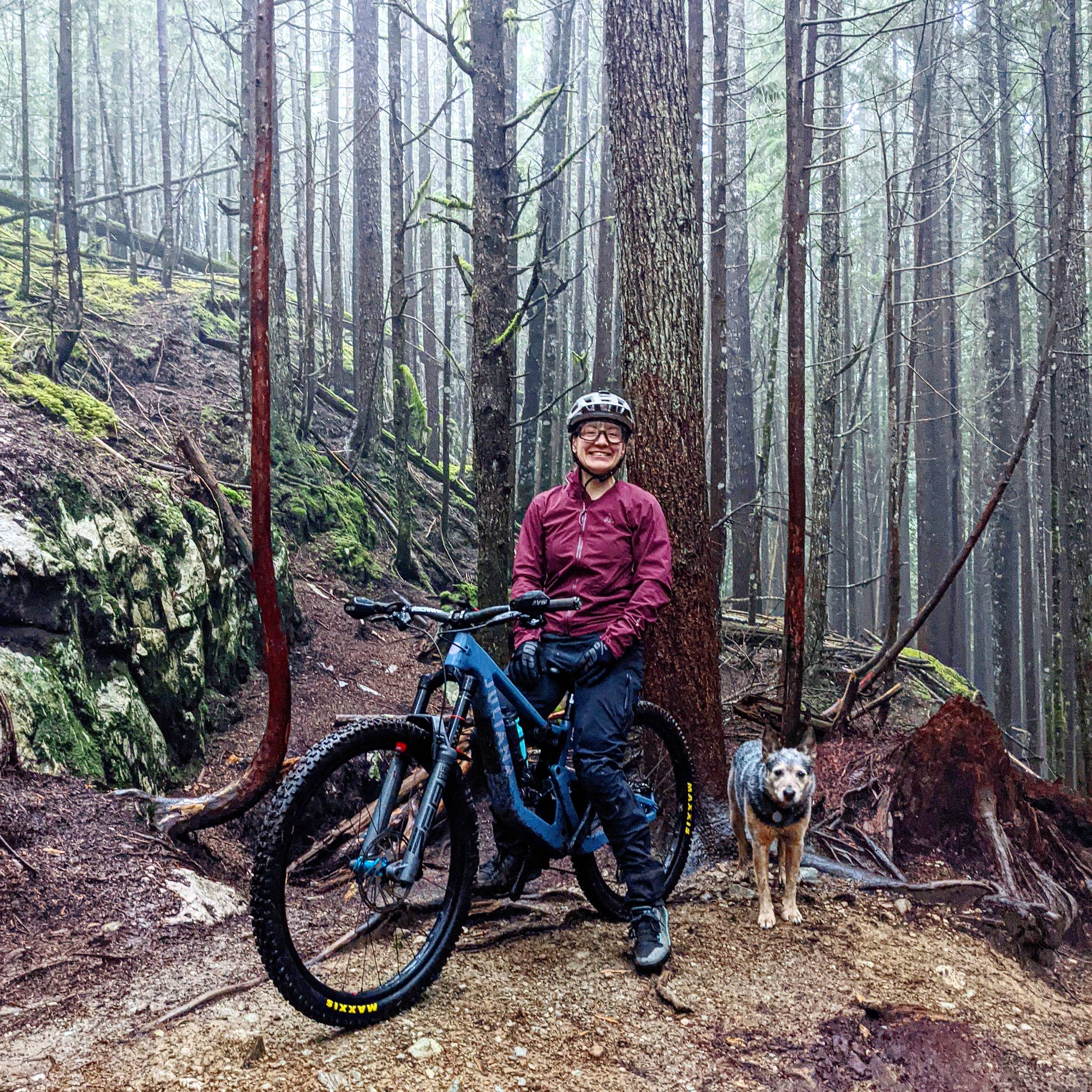 My love for bikes began at age 13 in my hometown of Adelaide, South Australia in the velodrome. I trained at a National Level and aspired to attend the Olympics, until a family move to England forced me to leave my team. My love for training and competing on the track preconditioned me for racing Enduro today. A few years after moving to England I bought my first mountain bike and a hobby quickly turned to a passion. In 2014 I moved to BC to continue to explore the west coast and now call Squamish home.

Mountain biking makes me so happy, helps me push my limits both physically and mentally and I find it brings the best out of me. I've made lifelong friendships and have been lucky enough to travel the world exploring and racing. My top racing moments have been winning the 2018 Trans BC enduro and finishing 7th at the 2019 EWS in Caneli Italy.
Mountain biking is a never-ending learning challenge and I really enjoy taking riders out to experience new trails and help others in achieving their goals. I love when the "stoke" is high and we can support each other in accomplishing new skills and trail features.
Keep up with Laura's racing and adventures on Instagram @laura.battista 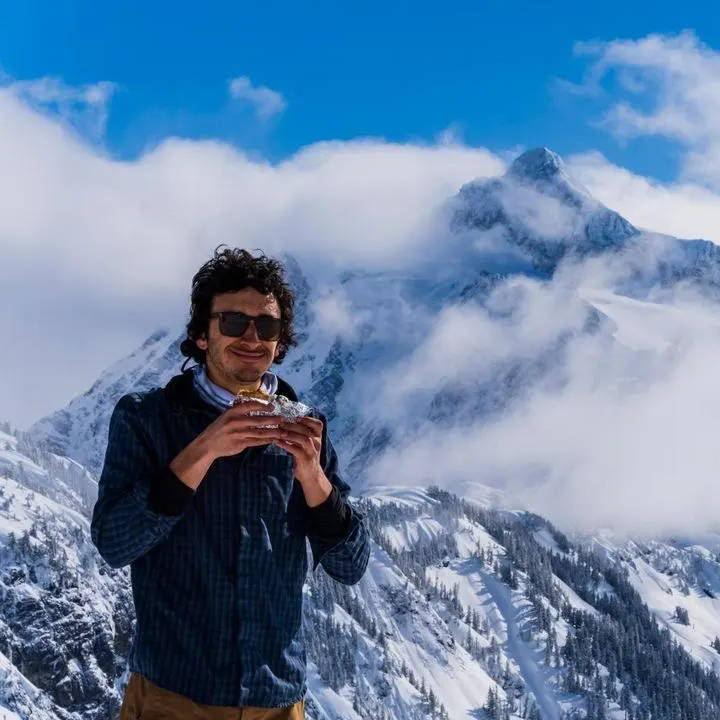 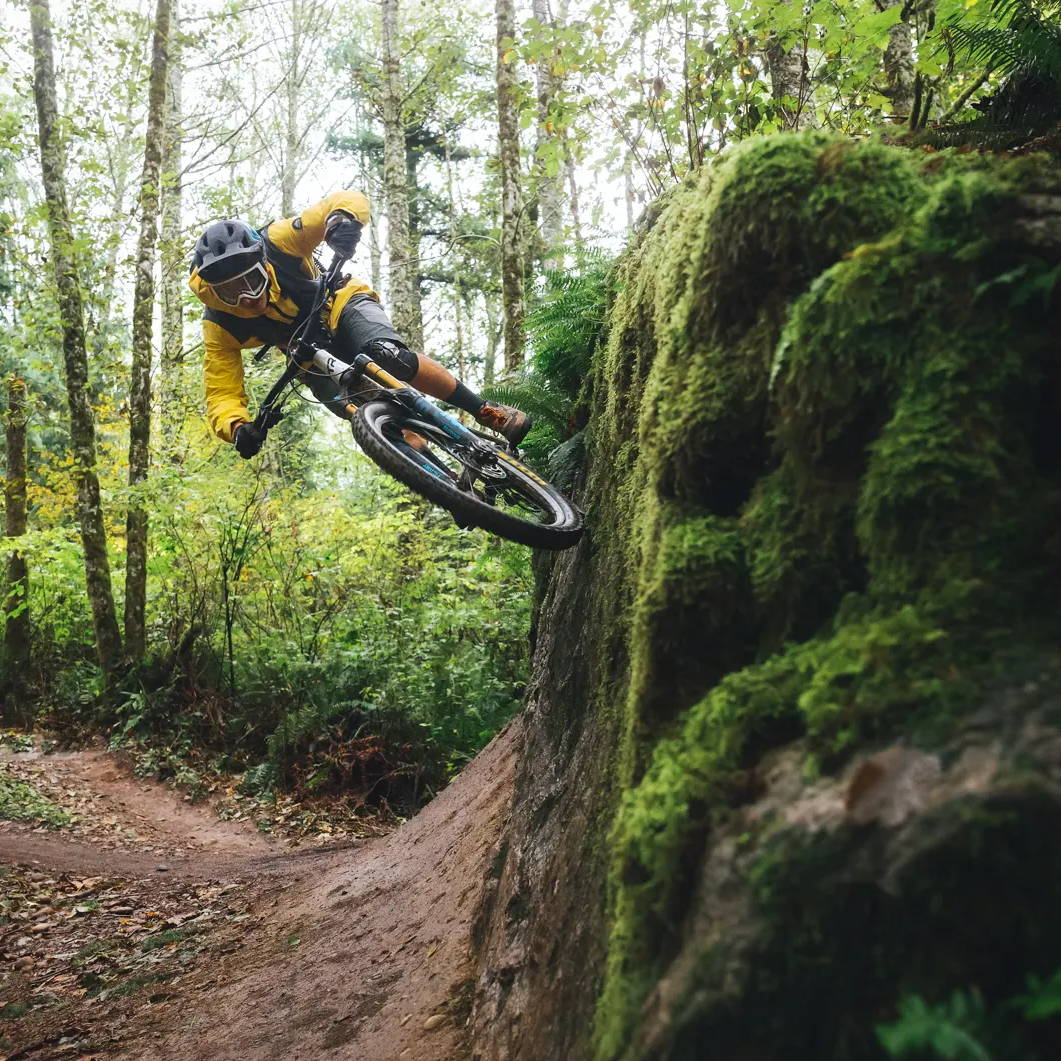 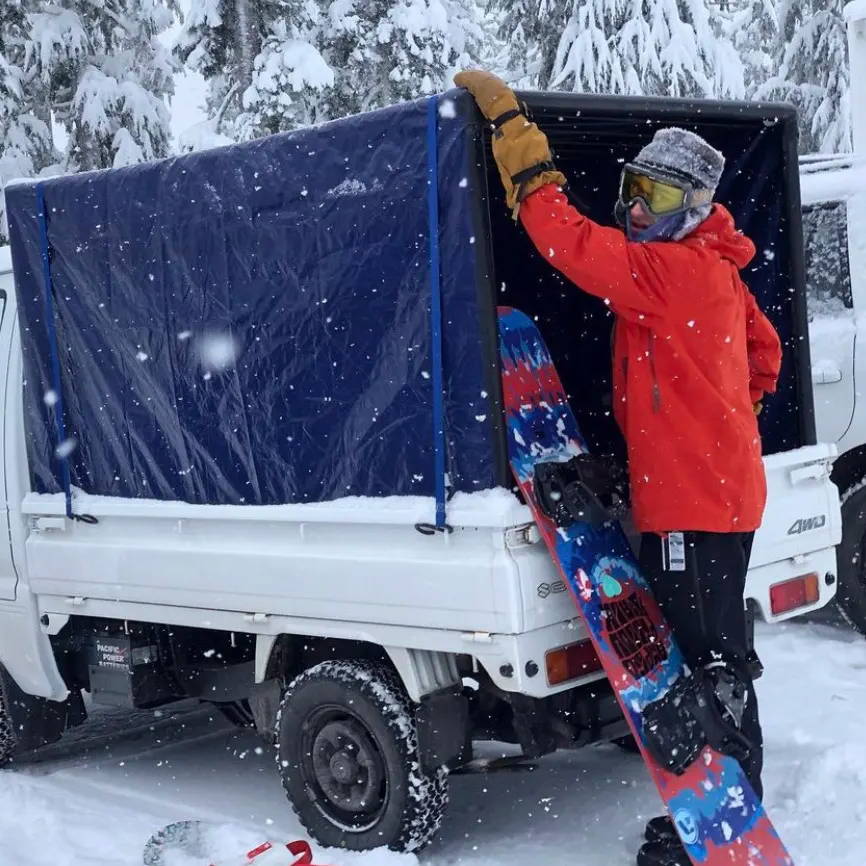 Marco grew up in Washington and utilized the whole state as his playground. From galavanting around Leavenworth to carving turns at Mt Baker, he eventually set roots in Whatcom County and started a food truck, Monolo Eats, with his mom.

When Marco isn’t slinging tacos or creating new dishes, he’s out and about in various ways. Snowboarding, mountain biking, pestering his older sister, talking to his cat (Momo), and filling his notepad with sketches and ideas. Marco was also the owner of the mini truck before it came into JC's life and is now the legendary High Above vehicle.

See what Marco is up to on Instagram @motomarco_ 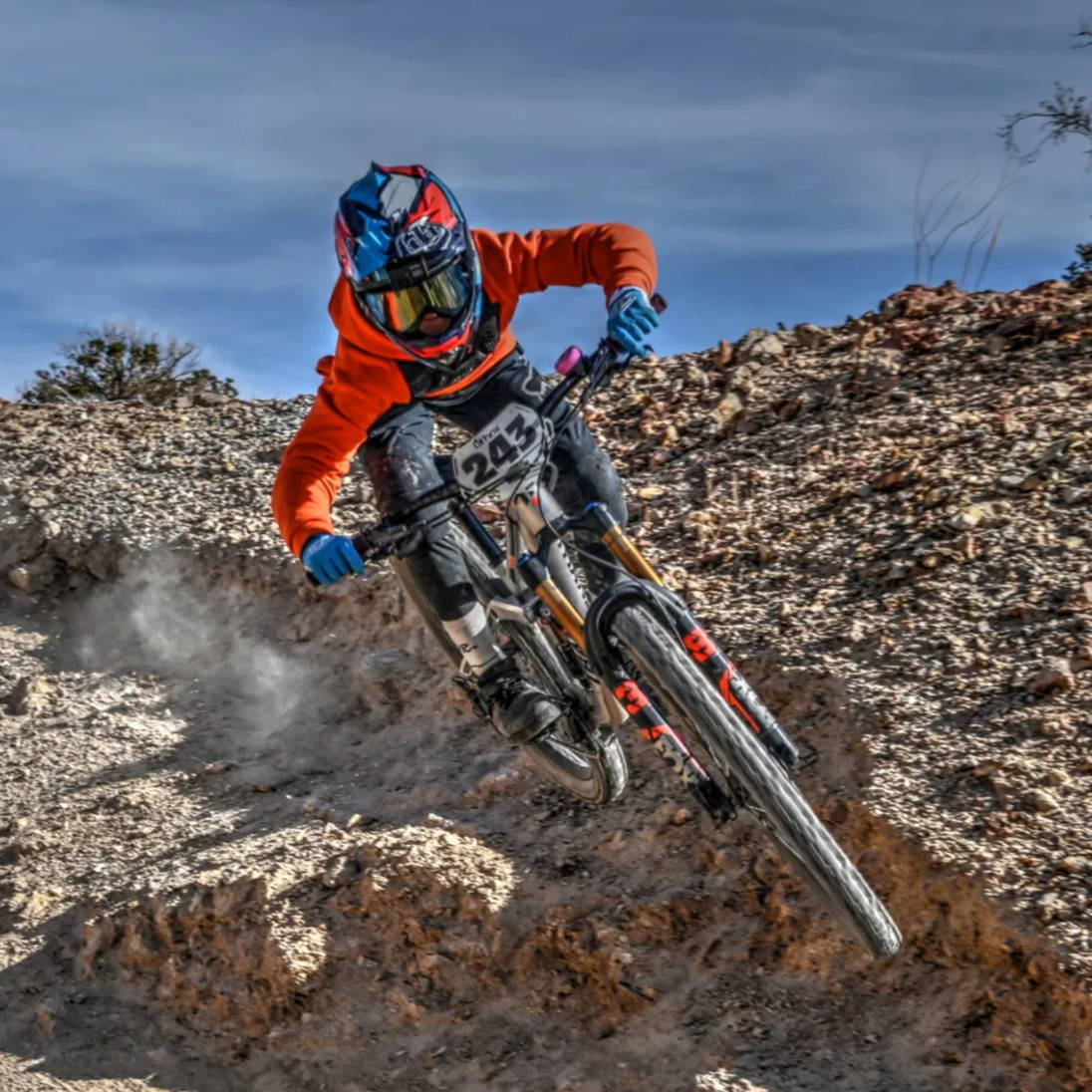 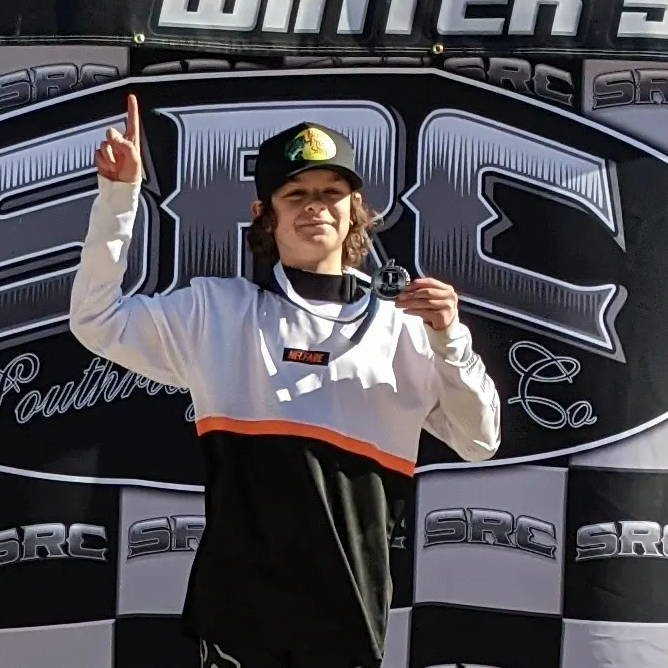 Adrian is a 13 year old Southern California rider. When COVID-19 forced lock-downs around April of 2020, biking was one of the few things Adrian could do outside. Adrian soon met other kids in his neighborhood that were also into mountain bikes. For the first time in his young life, Adrian had friends in his own neighborhood.

A turning point for Adrian came when he met Gene Hamilton, a mountain bike coach from Moab, UT. Gene explained to Adrian that his skills would develop from drilling specific skills, rather than just riding. Gene also explained that, if Adrian wasn’t willing to do boring drills, he might-as-well sell his bike, because mountain biking at a high level involves risk. Adrian liked his bike, so he drilled.

Adrian is most proud of his ability to break down the skills required for mountain biking (skills he has only started to understand) and convey these principles to others. He enjoys nothing better than towing a friend into a jump and watching his friend master something that he thought was impossible.

In addition to downhill racing, Adrian is also an accomplished wrestler and American Jiu Jitsu player. He views grappling and downhill racing as complementary. The training involved in one discipline provides useful mental and physical skills that carry over to the other. 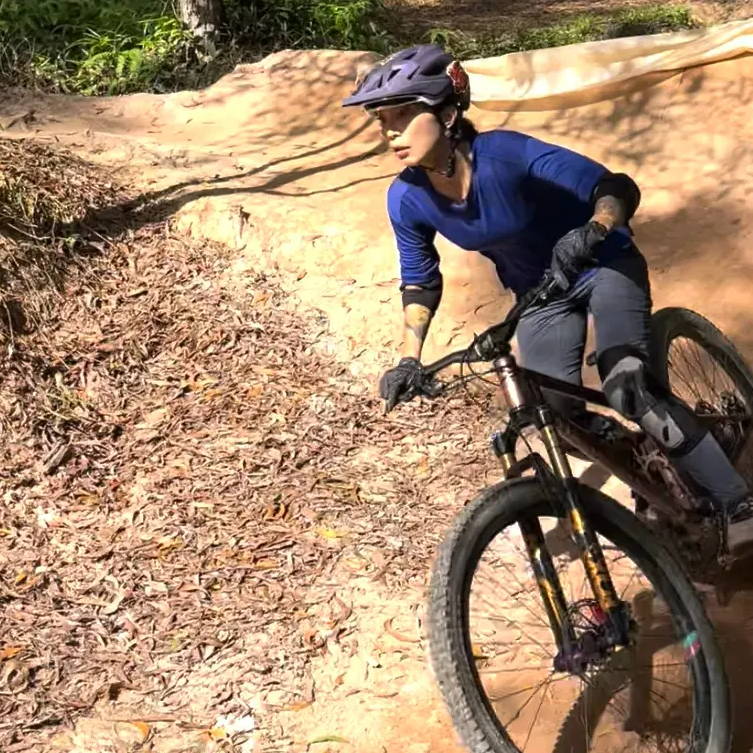 I'm an Aussie-born Vietnamese gal who's been based in sunny Singapore for the past 6 years. I'm also mother to 3 cats, way too many steel vintage bikes and an ever-growing collection of upcycled Aloha shirts. I love riding the trails on my Starling Swoop or cruising around the city (with the odd shortcut through the woods) on my 26er. For my day job, I'm the Head of Marketing & Sustainability at NewCampus, an EduTech startup making business education more inclusive and accessible to emerging leaders in South-East Asia. On most weekends, you'll find me (a) helping out at the timing desk at local MTB / MX / kids races (b) doing round-island rides on my fixie (#minimalist) or (c) slogging through a few laps at the local MTB park with some very patient friends (followed by mandatory beers of course!). 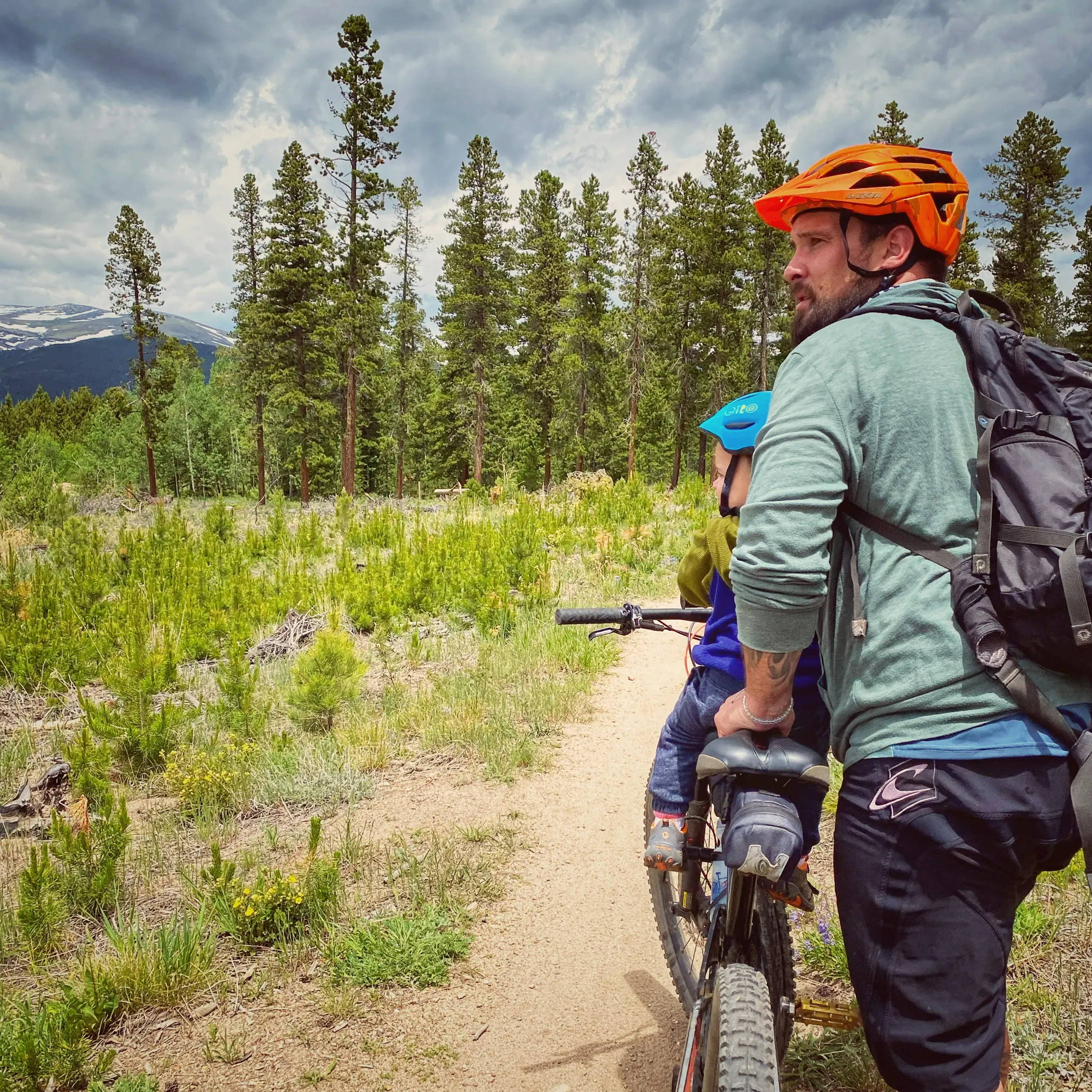 Convinced his now wife and dog to leave the beaches of Eastern Long Island to head to the Front Range in Boulder Colorado to purse a career in Therapeutic Recreation. Fast forward 8 years later and he’s now the Owner/Roaster for Singletrack Coffee Roasters and a part time stay at home dad raising two little shredders.
Born into the lifestyle of being raised around fast cars, off road vehicles and any form of adrenaline rush on wheels, Corey found mountain biking at a young age. While attending SUNY Cortland for Therapeutic Recreation he took a mountain biking course that grew his passion for the sport. With an interesting background from being a certified auto mechanic and a certified Therapeutic Recreation Specialist he now spends his days sharing his passion’s with his kiddos. From shredding on bikes to working on bikes. They love a good steezy session on some hero dirt just as much as they enjoy being in the garage building bikes and playing with power tool! Oh yea… and at night you’ll find him roasting coffee to fuel his next adventure.
Follow along on instagram @dada.needs.coffee and @singletrackcoffeeroasters

Join The High Above Family